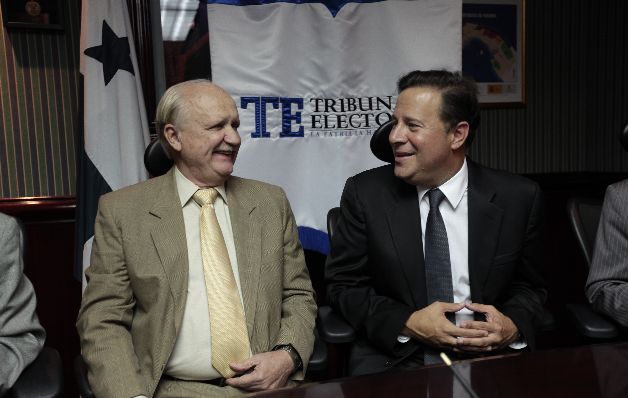 The private sector under review and freezing of bank accounts by the Electoral Tribunal in the National Commission on Electoral Reforms.

A Pandora’s box will open the National Assembly to discuss electoral reforms, as they allow the three judges of the Electoral Tribunal (TE) to check bank accounts of candidates who could receive private contributions and even freezing.

The reforms to the Electoral Code in its Article 190 F empower the TE to audit the bank accounts to handle candidates to receive private contributions; as well as other bank accounts are reported or over which the TE has evidence that they have been used or are being used to benefit or adversar a candidate’s campaign.

While another part of the same article says that the full TE may order the seizure and eventual forfeiture of bank accounts linked directly or indirectly to a campaign against kidnapping and fits the motion for reconsideration in the devolution effect.

Recently, the judges of the TE presented to the National Assembly the package of amendments to the Electoral Code and although the magistrate Erasmo Pinilla acknowledged that it is a constitutional right of Members to modify what was presented, he said that was a job «consensus» of the National Commission Electoral reforms.

Meanwhile, criminal lawyer and former prosecutor Victor electoral Almengor told Panama America that the judges of the TE are «surpassing» their legal and constitutional powers as the Public Ministry is the entity responsible for ordering the reviews and cautelaciones bank accounts in criminal cases .

He explained that if the judges of the TE found something related to money laundering of any candidate for post of duty is popular choice would forward copies to the Attorney General’s Office and not order cautelaciones. He described the articles as «serious».

«His power is purely electoral rather than criminal. That’s what the prosecutors and the judiciary, «said Almengor.

In parallel, the former prosecutor and lawyer Armando Fuentes said the items will open a national debate on the subject because the Constitution establishes the legal powers of the institutions and the exceptions regulated by law.

He stressed that in criminal cases the prosecution is the entity that orders review and freeze the economic assets of individuals or groups while in civil cases are the courts that handle these areas.

Sources said the items could be sued for unconstitutionality at the Supreme Court (CSJ) for any lawyer.

Meanwhile, the former vice president of the Republic, former president of the National Assembly and three times deputy Arturo Vallarino said that this is an «excess» to regulate the powers of the TE and election campaigns as it is a political issue and TE could take action against certain political factions.

Vallarino said that the TE is inclined to the winning candidate of the presidential election in 2014, in addition to all international agreements signed by Panama state that there is a right to appeal and in the case of decisions of the TE is violated because it has no second instance switch failure.

«All the more reason I think it is dangerous for the Electoral Tribunal have such powers. In any case, I think you could take any steps to that through the ordinary courts can verify compliance with the rules relating to the electoral FUNDING «he said.